We come to the end, at last, with the epilogue. If you want to start from the beginning, you can find it here. The previous chapter is here. Or you can buy the whole thing as an e-book (it’s not that expensive. You can think of it as leaving a tip and getting something in return). If you’ve enjoyed this, please consider leaving a review at the usual places (Amazon, Goodreads, etc.). The last time I checked, there was one review at Amazon, and it wasn’t very good, so that’s sad. If you know someone else who might enjoy this story, share the link to the first chapter.

Lucy stood behind the soda fountain counter, her history book open beside her. Knowing that there was a remote possibility that she might be a queen someday made her focus more on her studies. She might need to know stuff about history, government, and economics. But as weeks had gone by without a word from the other world, she started to wonder if she’d imagined it all. Only the fact that she could talk to Dawn and Jeremy about it convinced her that it had really happened.

It was hard to feel like a princess, though, when she was making ice cream sodas for bratty kids after school, especially while wearing a hairnet, an apron, and a paper hat.

The bells on the door jingled, and a group of people came into the drugstore. She didn’t look up from her book until she realized they’d taken seats at the counter. Dawn and Jeremy were there, along with a guy who looked familiar but totally out of context. He was tall, with broad shoulders, and he looked about their age. He had chestnut-brown hair, cut short on the sides and back, but a little longish and wavy on top, and he was wearing new-looking jeans and a polo shirt.

It was only when he smiled at Lucy that she recognized him. “Lucy, you remember my cousin Sebastian, don’t you?” Dawn said with a grin. “He’s spending the summer with us.”

“What are you doing here?” Lucy blurted. Why did he have to show up while she was wearing a paper hat, when he’d last seen her as a princess? But the smile he gave her made it clear he didn’t mind.

“The enchantresses believe they know where the king and queen are,” he said. “One of them gave the royal family a talisman to transport them away in an emergency, and the talisman was to take them to this general area, near where the guardians of the princess were.”

“So they’re around here, in East Texas? Gee, normally the most royalty we have in this part of the world is beauty queens.”

“They want us to help with the search, and they sent Sebastian,” Dawn said.

“They thought that from my time with you, I might know more about the local language and customs,” Sebastian added. “I also brought some friends, but they’re waiting outside.”

Lucy came out from behind the counter to look out the window, where she saw Leila and Larkin waiting patiently on the sidewalk outside, wearing collars and tags. She turned back to the others. “First, ice cream sundaes all around. Then, it looks like we need to come up with a search plan.”

Actually, first came a big hug and a kiss from Sebastian, but even a princess had to have her priorities. 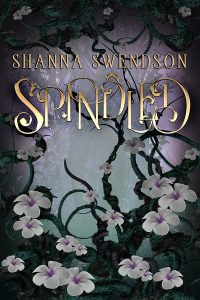 One Response to “Serial Story Epilogue”