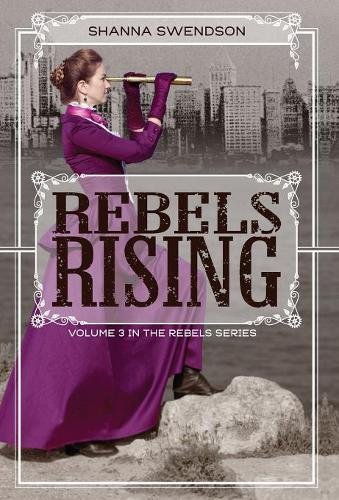 Risking all for freedom – and love

The governor has disbanded the Colonial Assembly, removing the last shred of representative government from American shores. The Rebel Mechanics and their magister allies can’t let the Empire get away with that. The time has come to act.

But to truly start turning the wheels of revolution, they need popular support from ordinary laborers, housewives, students, and the middle class—people outside the rebel movements. That’s a job for Verity Newton, under the guise of her journalistic alter ego. As the rebel movement builds momentum, Verity must take a more public, open stand for the cause—a stand that could jeopardize her job, her home, and her place in society.

At the same time, a revolution is the only way Verity stands a chance of being with Lord Henry, since they’re divided by class and by the fact that he’s wanted for treason. It’s a risk she’s willing to take.