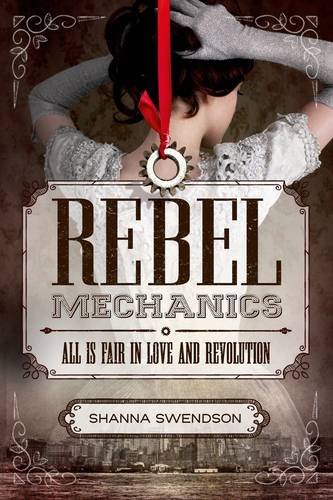 All is Fair in Love and Revolution

What if British magic kept the American Revolution from ever occurring?

It’s 1888, and British magisters have always ruled the colonies of the new world, but now an underground society of mechanics, scientists, and engineers are developing non-magical sources of power via steam engines and electric dynamos that they hope will help them gain freedom from British rule.

When seventeen-year-old Verity Newton arrives in New York and lands a job as a governess for a leading magister family, she quickly learns that the family has some big secrets. Why does it seem like the young guardian uncle is sympathetic to the rebel cause? And why does he come home battered and bloody so often? As Verity falls for a charming young rebel inventor and agrees to become a spy, she also becomes more and more enmeshed in the magister family’s life. She soon realizes she’s uniquely positioned to advance the cause—but to do so, she’ll have to reveal her own dangerous secret.

Named one of the best science fiction, fantasy, or horror books of 2016 by VOYA Magazine